Announced at AWS re:Invent, Solodev now offers contract pricing options for its popular container CMS in AWS Marketplace – enabling users to deploy in any environment, both cloud and on-premises. 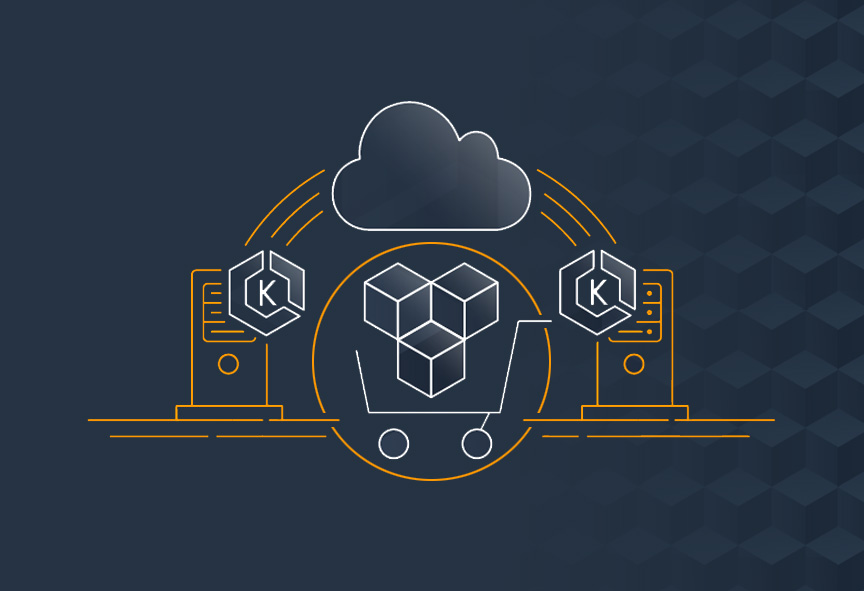 ORLANDO, Fla. (November 30, 2021) – Solodev, the launchpad for building and deploying custom cloud experiences, announced that customers can now procure Solodev CMS for Kubernetes – its popular enterprise content management system – in AWS Marketplace for Containers Anywhere. Launched at Amazon Web Services, Inc. (AWS) re:Invent in Las Vegas, the new offering provides customers with greater choice over their infrastructure options, allowing them to quickly and easily subscribe to Solodev’s CMS software and deploy in their own AWS account or in a pre-existing on-premises Kubernetes cluster.

As both commercial and public sector organizations invest in digital transformation, the cloud represents a significant opportunity for enhancing security, scalability, and redundancy while modernizing legacy systems. However, due to regulatory governance and other persistent requirements, some software must remain on-premises to meet compliance. Now, administrators can procure Solodev CMS for Kubernetes – a fully-containerized solution that customers can deploy to Amazon Elastic Kubernetes Service (EKS), Amazon EKS Anywhere, or any Kubernetes cluster – and manage their subscription through AWS Marketplace in the environment of their choice.

Along with these benefits, Solodev CMS for Kubernetes will now offer more predictable monthly pricing. Users can procure either cloud or on-premises options per node, with contract pricing in four tiers: monthly, annual, 24-month, or 36-month terms. This marks a significant shift in AWS utilization pricing for container products, which have only been available in hourly or annual options. The new pricing model gives administrators greater visibility around their budgeting and planning, aligning with more traditional models for procuring enterprise software.

Solodev’s contract pricing is facilitated by the Solodev License Manager for AWS – a new product that is powered by AWS License Manager and helps customers gain control over their cloud app license management, reduce costs, and provide governance and compliance over usage. The new product joins Solodev’s recently launched blockchain and crypto services for Cardano and Ethereum, which are now available in the Solodev Cloud.

“The new contract pricing in AWS Marketplace makes self-service enterprise CMS a reality,” said Shawn Moore, Chief Technology Officer at Solodev. “Offering Solodev CMS in-cloud or on-prem puts the power back in the hands of our customers, giving them a CMS that works anywhere and is built on container technology that’s designed to scale. We’re excited to add this incredible service to our AWS Marketplace listings, where enterprise and public sector organizations can procure everything on their own terms and build amazing websites, applications, and digital experiences.”

Solodev’s availability in AWS Marketplace for Containers Anywhere was announced today at AWS re:Invent, and represents the company’s continued innovation in both product development and cloud infrastructure. As an AWS Advanced Technology Partner, Solodev has previously announced launch partnerships at re:Invent for the AWS Marketplace for Containers, as well as the AWS Public Safety and Disaster Response Competency.